The First Strike Series recognizes young handlers and ensures the future of the sport. There are two separate series: one in the Hunting Beagle Format; and one in the Performance Pack format. Each series recognizes those junior and senior youth handlers in both the hunts and shows.

Any interested youth can fill out the Junior Participant form (PDF) to get started. 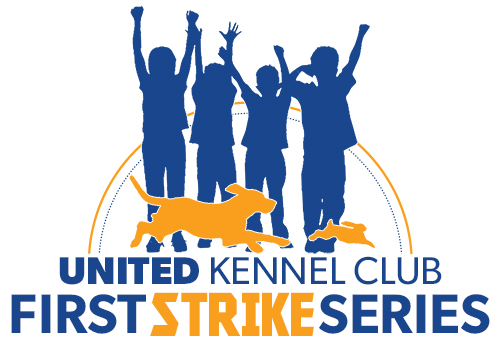 About The First Strike Series

The points of a Youth Handler reaching his or her 13th birthday during the calendar year will continue to reflect in the Junior Division for high point honors.

General Information
Points can be earned for both hunt and bench show competition accomplishments. Points earned in Hunt and Bench Show will be included in the Youth Handlers total points earned. However, Bench Show points are limited to not exceed the number of hunt competition points earned when the total is determined at the end of the calendar year. Note: This is not a rule for each individual event. Its a rule that only affects the final total points awarded at the end of the calendar year.

Points may be earned throughout the calendar year (January 1-December 31). Standings will be updated monthly and published on the UKC website and in American Beagler magazine. The 2017 season will be an abbreviated series that will start on May 1, 2017 and end on December 31, 2017.