The Beagle All-Star series offers prestige to those in the running.

All Hunting Beagle events count towards earning points towards the All-Star Series. The State Hunts listed below will allow you to earn double the points! 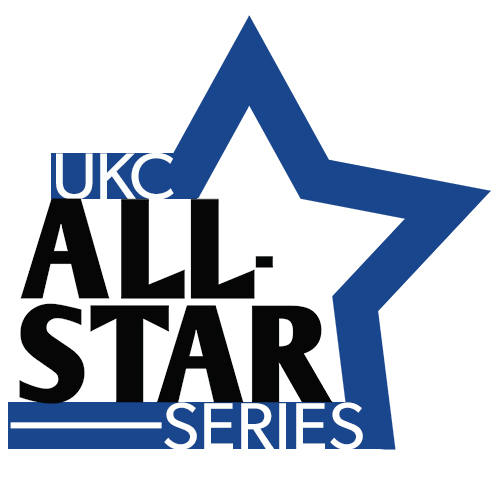 About The Beagle All-Star Series

In this series a hound is compared to the best of the best within their region and not just within their state. But it’s not all just about the winning the region. The ultimate crown will be worn by the All-Star Chase Champion.

All-Star Series contenders will also be battling for an available spot in the All-Star Chase, a mini-series challenge open to only select hounds at three of the top major spring events.

To be eligible for the All-Star Chase, a hound must be one of the four who earned the most points within its region at the end of the year.

In the event a hound does not end up with a top-four regional finish, they do have one other avenue of making the Chase: a wildcard spot. In addition to the sixteen spots available, the Chase offers four more entries that will be filled by those four dogs with the most points earned that did not finish in the top four of their region. Wildcards may come from any one or more regions.

The All-Star Series also offers a challenge to its Junior hounds. To be eligible for the Junior series race, a hound must be:

Any hound less than two years of age that is not litter registered remains eligible for the All-Star Series but will run in the All-Age category. All criteria for Juniors is split in half, when compared to the All-Age rules, when it comes to eligibility for the Junior category in the All-Star Chase. In other words, there are eight spots available in the Chase for Juniors with an additional two wildcard spots. That means 10 Juniors and 20 All-Age will be eligible for the All-Star Chase.

Like any great series, those top dogs in the running become household names throughout the year. Some may have already established a name for themselves via some major win and are easily recognized. However this series does not necessarily highlight the latest major winner. It’s that consistent cast winner that will rise to the top.

UKC-registered beagles may earn All-Star points at any UKC Licensed Hunting Beagle Event. A dog earns 10 points for any first round cast win. Additionally, five bonus points are awarded to category winners. Category bonus points are not awarded at events where all categories are drawn together.

Chase Eligibility
All-Age - The four All-Age hounds who earned the most All-Star Series points in each region the previous year are eligible. Additionally, a total of four wildcards will also be eligible. A total of 20 dogs will be eligible for the All-Age division.

Juniors - The two Junior hounds that earned the most All-Star Series points in each region the previous year are eligible. Additionally, a total of two wildcards will also be eligible. A total of 10 dogs will be eligible for the Junior division.

Wildcards - Those hounds with the most points earned in the All-Star Series that did not meet the criteria of a qualified ranking within their region are granted a wildcard spot. Wildcards may come from any one or more regions.

Note: Points are awarded to first round cast winners only.

Ties
In the event of a tie in the final standings of the Chase, they will be broken as follows: