When Zoey Rada told dad Jeff that she wanted another dog to run in the shed dog events he should have realized his truck was about to see highway miles like never before. But if it did cross his mind it was not an issue as they were soon in the market for a new Labrador puppy. The new pup would join fellow shed dog Willow in the Rada household.

The search for a top contender was serious business and they soon enlisted the help of shed dog friend Scott Kuchenbecker. Scott found a pup, the last female in the litter, with Chris Smith at Black Ice Retrievers in Illinois. The pup had an impressive pedigree featuring several dogs titled in UKC's Hunting Retriever Club program. Cree soon joined the Rada family as Zoey's project and at six months of age spent some time with Josh Miller and Dave Larson at Riverstone Kennels for her formal introduction into the sport of shed hunting. For the next four years it was training at home and trialing on the weekends as Zoey and Cree developed a bond and the talent that would carry them to the top of the sport. 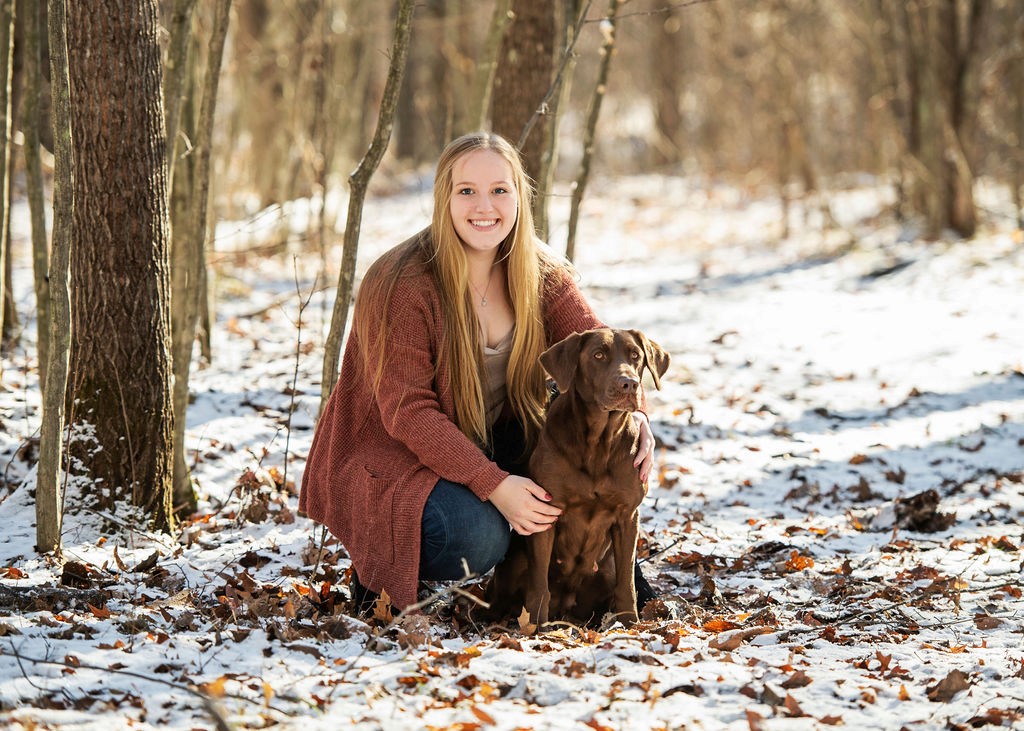 While Zoey was on the road racking up championship points on Cree, many top honors came their way. Some of these would include: Youth Handler Of The Year Finalist, Youth Handler Of The Year Winner, Youth National Champion, and Dog Of The Year Finalist. But even more important than the awards they earned is the way in which they earned them. Zoey is a terrific role model in the Elite Shed Dog Series for both youth and adult handlers! Zoey and Cree are one of our sport's favorite teams which all of us can be very proud of. It is fitting and most deserving that Cree is the first dog in Elite Shed Dog Series to accumulate 1,000 championship points and earn the Hall Of Fame honor. 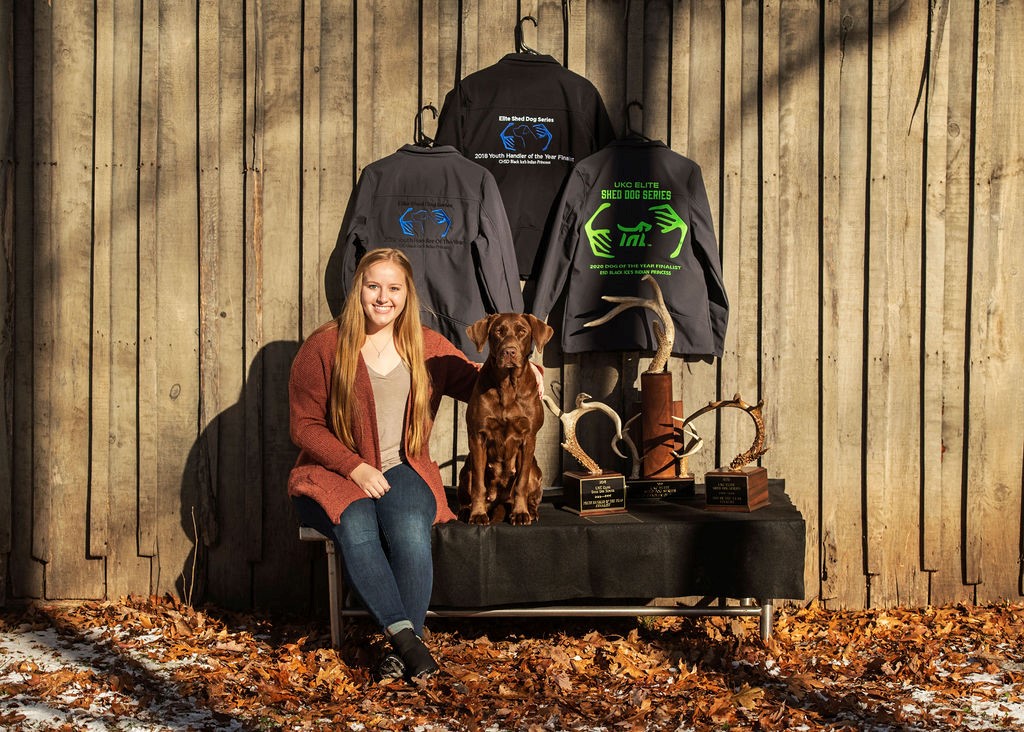 Zoey Rada with Cree and some of their winnings from many successes together in the UKC Elite Shed Dog Series.

What the future holds for team Rada is hard to say. It is safe to say we have not seen the last of them. Cree is just four years old. Zoey is now a Senior in high school. With Willow forced into early retirement due to health issues, Jeff has added top contender Tundra to the string for him to handle. Zoey's mom Cassie is also on the road with the team now running her dog Riot. When you look at the big picture, UKC is proud to acknowledge that this is only one of many great family teams that makes the Elite Shed Dog Series the greatest program in the sport.